The physical disasters that follow the continued use of intoxicating beverages are sad enough, and terrible enough; but the surely attendant mental, moral and spiritual disasters are sadder and more terrible still. If you disturb the healthy condition of the brain, which is the physical organ through which the mind acts, you disturb the mind. It will not have the same clearness of perception as before; nor have the same rational control over the impulses and passions.

Heavenly order in the body

In order to understand a subject clearly, certain general laws, or principles, must be seen and admitted. And here we assume, as a general truth, that health in the human body is normal heavenly order on the physical plane of life, and that any disturbance of that order exposes the man to destructive influences, which are evil and infernal in their character. Above the natural and physical plane, and resting upon it, while man lives in this world, is the mental and spiritual plane, or degree of life. This degree is in heavenly order when the reason is clear, and the appetites and passions under its wise control. But, if, through any cause, this fine equipoise is disturbed, or lost, then a way is opened for the influx of more subtle evil influences than such as invade the body, because they have power to act upon the reason and the passions, obscuring the one and inflaming the others.

We know how surely the loss of bodily health results in mental disturbance. If the seat of disease be remote from the brain, the disturbance is usually slight; but it increases as the trouble comes nearer and nearer to that organ, and shows itself in multiform ways according to character, temperament or inherited disposition; but almost always in a predominance of what is evil instead of good. There will be fretfulness, or ill-nature, or selfish exactions, or mental obscurity, or unreasoning demands, or, it may be, vicious and cruel propensities, where, when the brain was undisturbed by disease, reason held rule with patience and loving kindness. If the disease which has attacked the brain goes on increasing, the mental disease which follows as a consequence of organic disturbance or deterioration, will have increased also, until insanity may be established in some one or more of its many sad and varied forms.

It is, therefore, a very serious thing for a man to take into his body any substance which, on reaching that wonderfully delicate organ the brain, sets up therein a diseased action; for, diseased mental action is sure to follow. A fever is a fever, whether it be light or intensely burning; and so any disturbance of the mind’s rational equipoise is insanity, whether it be in the simplest form of temporary obscurity, or in the midnight of a totally darkened intellect.

We are not writing in the interest of any special theory, nor in the spirit of partisanship; but with an earnest desire to make the truth appear. You must not accept anything simply because we say it, but because he sees it to be true. Now, as to this matter of insanity, let him think calmly. The word is one that gives us a shock; and, as we hear it, we almost involuntarily thank God for the good gift of a well-balanced mind. What, if from any cause this beautiful equipoise should be disturbed and the mind lose its power to think clearly, or to hold the lower passions in due control? Shall we exceed the truth if we say that the man in whom this takes place is insane just in the degree that he has lost his rational self-control; and that he is restored when he regains that control?

In this view, the question as to the hurtfulness of alcoholic drinks assumes a new and graver aspect. Do they disturb the brain when they come in contact with its substance; and deteriorate it if the contact be long continued? Fact, observation, experience and scientific investigation all emphatically say yes; and we know that if the brain be disordered the mind, will be disordered, likewise; and a disordered mind is an insane mind. Clearly, then, in the degree that a man impairs or hurts his brain temporarily or continuously in that degree his mind is unbalanced; in that degree he is not a truly rational and sane man.

We are holding your thought just here that you may have time to think, and to look at the question in the light of reason and common sense. So far as he does this, will he be able to feel the force of such evidence as we shall educe in what follows, and to comprehend its true meaning.

Other substances besides alcohol act injuriously on the brain; but there is none that compares with this in the extent, variety and diabolical aspect of the mental aberrations which follow its use. We are not speaking thoughtlessly or wildly; but simply uttering a truth well-known to every man of observation, and which every man, and especially those who take this substance in any form, should, lay deeply to heart. Why it is that such awful and destructive forms of insanity should follow, as they do, the use of alcohol it is not for us to say. That they do follow it, we know, and we hold, up the fact in solemn warning.

Another consideration, which should have weight with every one, is this, that no man can tell what may be the character of the legacy he has received from his ancestors. He may have an inheritance of latent evil forces, transmitted through many generations, which only await some favoring opportunity to spring into life and action. So long as he maintains a rational self-control, and the healthy order of his life be not disturbed, they may continue quiescent; but if his brain loses its equipoise, or is hurt or impaired, then a diseased psychical condition may be induced and the latent evil forces be quickened into life. 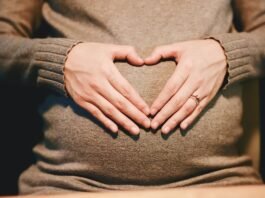 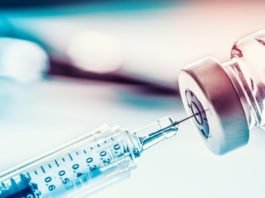 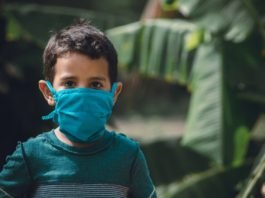 Lifestyle changes due to COVID-19 & it’s impact on health during...