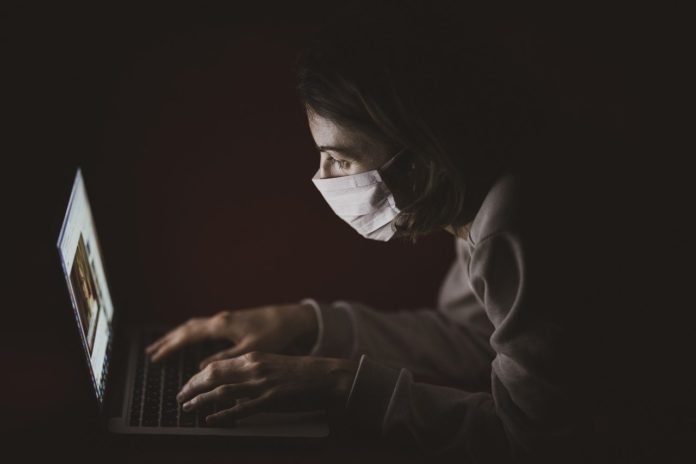 The COVID-19 pandemic and related practice of physical/social distancing upsurge a threat to almost all domains of an individual’s life. Similar to the psychological health of people who are tested positive with COVID-19, the outer circuit of people who holds the fear of being affected is also unignorable. The present study focuses on the relationship between psychological distress and perceived social support among young adults during this pandemic. This ex post facto study consists of 200 people between the age group 18-35. The data obtained was analyzed statistically and the result shows that there is a significant negative correlation between the psychological distress and perceived social support among young adults.

COVID-19 is a rapid and disastrous infectious disease caused by a newly discovered coronavirus which was an epidemic reported within the Chinese wall and later became the first pandemic of the decade. While taking care of the people who are being diagnosed with covid-19 we should also ensure the wellbeing of people in the outer circle. Because, the depth of insecurities they abide while living each moments is inconceivable, and the major concern is that, these may remain unaddressed forever. Once the symptomatic subside of COVID-19 ensues, from the very next moment people may rush to gain back their material assets and ensure financial equilibrium, and the unaddressed psychological bruises may go beneath in this struggle. As there are high chances for these bruises to get worse in the progression of time and it may inaudibly bout the mental health of individuals, thus in order to provide a better mental health for the community effective steps has to be taken to in the earliest momentum.

As a very primary step to reach out this goal, the concurrent study is designed among the population of young adults, who constitute a larger percent of Indian populace. Primary intention of the study was to assess the psychological distress of the sample. “Psychological distress covers a wide spectrum, ranging from normal feelings of vulnerability, sadness, and fears to problems that can become disabling, such as depression, anxiety, extensive worries, negative thoughts, or social isolation” (Zimmermann, Puschmann, Porzelt, Ebersbach, Ernst, Thomsen & Scherer, 2015). Thus by assessing the psychological distress we may get a nutshell of the mental state that our sample possess. As per empirical studies, social isolation is correlated with loneliness (Ge L, Yap CW, Ong R & Heng BH, 2017). Considering the complete lockdown in the country perceived social support was taken as another variable to be studied. Perceived social support can be defined as a verbal and nonverbal communication occurring between the providers and recipients that help in reducing the uncertainty about self, others, relationships and functions; and thereby enhancing the perception of personal control in the individual’s life experiences (Albrecht & Adelman, 1987).  The notion of “seeking social support” has been beheld as a coping strategy for managing with contending stress. Studies have found that social support does moderate or buffer the impact of psychosocial stress on both physical and mental health (Kong & Wertheimer, 2011; Cohen & Wills, 1985; Antonucci, 1985). Social support can also be explained as a coping assistance to help the people to handle their stress and negative life events (Thoits, 1986). There are studies nailing the relationship between supportive social networks and physical health (House, Landis & Umberson, 1988).

As social support can influence the cognitive appraisal and function as a coping strategy by providing resources needed to meet the stressors, here the current study attempt to explore the inter relation between psychological distress and perceived social support. The study also looks to explore the level of social support that the people is believing that they are availing during this period which demands social distancing as the key to survive. The results of the study may help to explore the underlying aspects of these variables and may aid in developing intervention strategies to enhance the mental health of humanity.

Objectives of the study

The sample of the study consisted 200 people aged between 18-35 including male and female, living in COVID-19 affected districts of Kerala. In this study which follows ex-post facto research design, participants were selected via convenient sampling method. The study was carried out from March 2020 to April 2020. The informed consent was collected from every participant before filling out the Questionnaire. After assuring the confidentiality and mentioning the ethical considerations, the data on psychological distress and perceived social support were collected using Kessler psychological distress scale (K10) (Kessler, Barker, Colpe, Epstein, Gfroerer, Hiripi, et al., 2003) and Multidimensional Scale of Perceived Social Support (Zimet, Dahlem, Zimet & Farley, 1988), along with the Socio- demographic data profile.

Along with frequency, percentage and measures of central tendencies, Spearman Rank order correlation, Mann Whitney U test and Kruskal Wallis H test were used to analyze the data.

Table 1, Shows the relationship between psychological distress with respect to dimensions of perceived social support.

Table 2, Shows the difference in levels of psychological distress with respect to perceived threat of getting affected by COVID-19

Table 2 indicate that people with higher perceived threat of getting affected by COVID-19 may have higher psychological distress than people with low perceived threat. This finding is congruent with the findings of Lancaster, Cobb, Lee and Telch (2016) who found association between perceived threat and stress. As the concerns in a person’s mind may increase while they perceive themselves in an endangered condition, it may fuel a state of distress among them. Even human physiology has an influence in moderating distress, release of elevated cortisol in threat appraised conditions is an example of this (McHugh, Behar, Gutner, Geem and Otto, 2010).

Considering the unabridged populace of young adults living in COVID-19 pretentious areas, the study was conducted on a relatively smaller sample. As well as dissemination of sample amid the categories of certain socio-demographic variables were uneven, so it was inept to identify the momentous variance in psychological distress and perceived social support with respect to these socio-demographic variables. For cumulating the generalizability and overcoming these confines, an analogous study can be conducted among a larger representative sample. Besides, studies which endorse interventional strategies to diminish the psychological distress among the population can be also regaled.

Banovcinova, L., & Baskova, M. (2016). Role of the family, friends and significant others in providing social support and enhancing quality of life in cancer patients. In SHS Web of Conferences (Vol. 30, p. 00020). EDP Sciences. Distance learning in higher education during pandemic: challenges and opportunities

Going Beyond Amazon: A New Model for Authors, Retailers, and Publishers

Protecting geriatric Indian population from the consequences of social distancing in...

I built an app that does triangulation of points on the...

A comparative study of perceived stress and job satisfaction among nursing...

The impact of COVID-19 & psycho-social pattern of life: a holistic...